The Kihon Kata is basic form drills done in a straight line pattern moving forward on offensive and backward on the defensive. These training katas were added by Hanshi Nakazato to the syllabus.

Fukyu no Kata is a kata designed to improve basics and kata fitness. It also teaches students how to move forward and backwards in various stances including using heel-toe rotation correctly

“Defending your ground” or “Staying (standing) and Fighting”

It is known that the first two katas were practiced as one single kata by Master Sokon “Bushi” Matsumura around 1825. It was handed down to him from earlier times. This kata was the favorite of Master Itosu (1830 – 1915). He is said to have modified Shodan and Nidan and developed Naihanchi Sandan.

The second word in each kata name denotes which Pinan it is. They were developed by the great Shuri Te master Yasutsune “Anko” Itosu. Itosu developed these forms as part of the physical education program in Okinawan schools. He found that kids could benefit greatly from karate but had to break it down into a simpler form.

There is some debate over which kata influenced the Pinans the most. It is widely accepted that the forms Kusanku (Kanku Dai) and Channan were the true sources. Kusanku is still widely practiced but Channan has been lost to history. 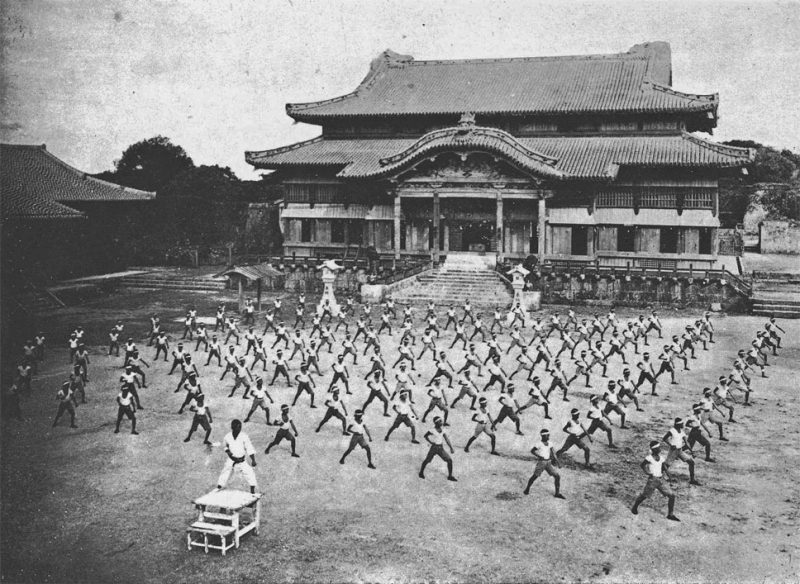 It is believed that Matsumura was taught Passai by his instructor Master Sakugawa and that Master Sakagawa learned the Passai Kata in China.

The floating hand techniques are very similar to the movements of Tai Chi Chuan. There are other similarities in the shifting of body weight in light stances. Passai was a favorite kata of the Tomari-Te masters.

Today there are two major versions of Passai that exist and they are called Passai Sho which is ltosu Passai and Passai Dai which is Matsumura Passai.

Named in honor of Kusanku

In 1756 a Chinese military envoy named Kusanku was sent to Okinawa. He was a skilled Kempo master famous for his fighting skills.

Although Kusanku never taught this kata, his best techniques were combined into this kata by his followers.

Sakugawa taught this version to Sokon “Bushi” Matsumura. This lineage was further divided into two other forms of the kata, Kusanku Dai and Kusanku Sho.

“Fighting towards the east”

The history of this kata is vague – legend says that this kata was brought to Okinawa by Chinto, a shipwrecked Chinese sailor. The kata was likely created by Bushi Matsumura (1797-1884) and was based on the techniques he learned from Chinto.

Gojushiho is of Chinese origin. Sokon “Bushi” Matsumura (1797-1889) is credited with the version now practiced in Shorin-Ryu Karate.

Gojushiho translates as “54 Steps” – implying that fifty-four techniques are involved in the kata.

To commemorate the 1996 Olympic Games in Atlanta, Georgia, Nakazato Shugoro, Hanshi created the Gorin kata, which was performed by members of the Rengokai from Shorin-Ryu, Goju-Ryu, Uechi-Ryu, and Isshin-Ryu.